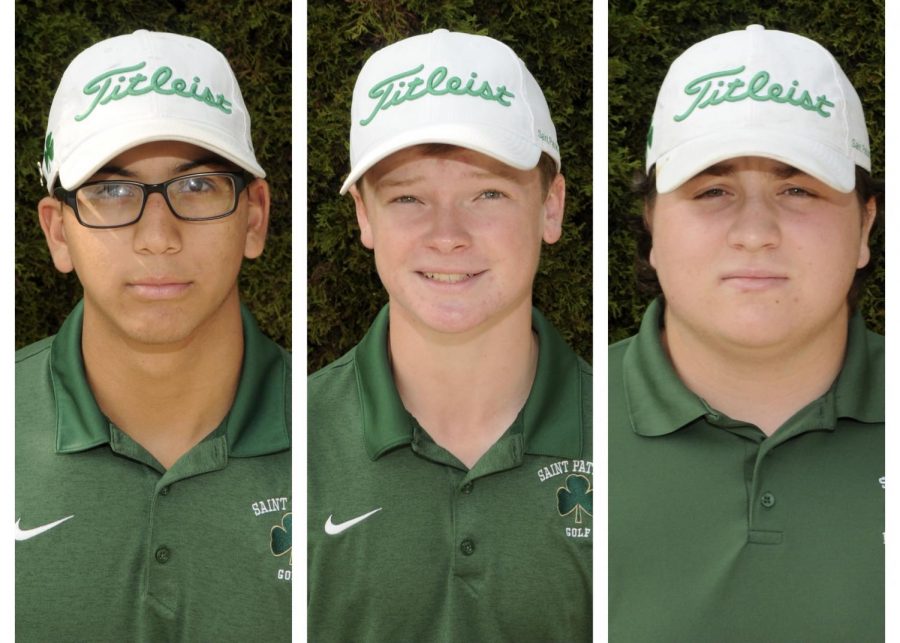 It was an interesting season for the Saint Patrick Golf team. Having a season to begin with, despite the world’s current pandemic, was tremendous. The team had its ups and downs but, in the end, it was the joy in the game that brought this team together.

The practices, matches, and bus rides were just a few of the components that made it such a great season. The Shamrocks began playing superb golf as soon as the first match day came. Juniors Emilio Bedon and Mason Kim came out hot against De La Salle with impressive scores on the front 9. At Dr. Schmidt’s home course, senior Billy McMillin played impressive golf through a back injury.

While hosting Marian Catholic, freshman Will McIntee made the game of golf look extremely easy, and seniors CJ O’Gara, Michael Collins and Kyle Bendersky played well together against a tough St. Viator squad while sophomores Brendan Bednarek and Mark Arnold gave it their all against a well-rounded Notre Dame team.

At the end of the season, Bedon, along with seniors Colin Flynn and Brendan Borner, competed at the state tournament. All three Shamrocks had impressive scoring results and finished strong.

The captain of the Golf team this year was senior Jeremy Laboe. First-year Head Coach McIntee felt Laboe had the necessary leadership skills and positive attitude to keep the team rolling throughout the season.

Overall, it was a great season for the Shamrocks and Coach McIntee, who taught the boys how to be true gentlemen both on and off the course.